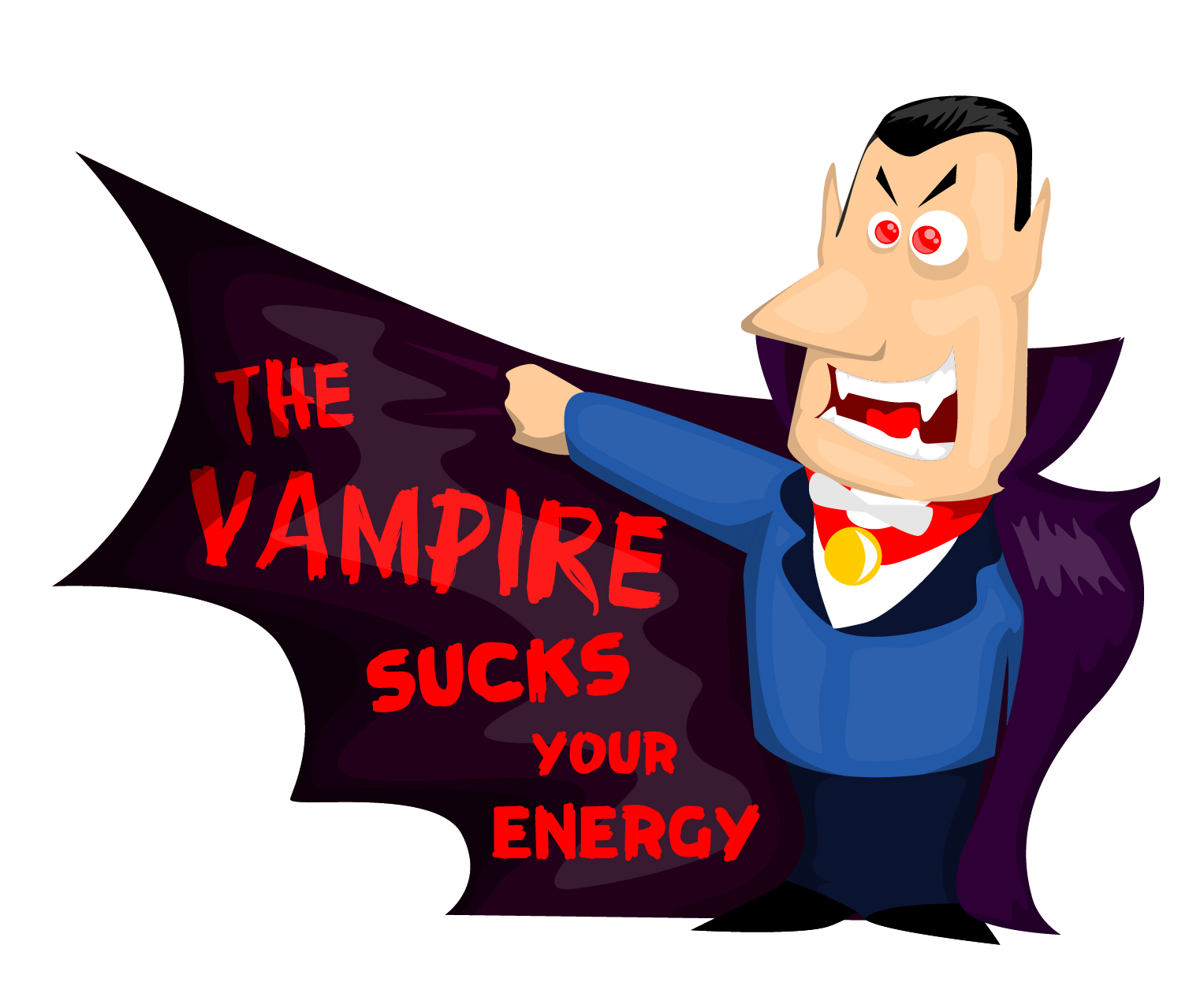 Your employees are wasting your money because they’re scared of each other.

Here’s what you can do about it.

It’s the end of a long day, and you’re closing up the office for the night. You flip off the fluorescent overheads, and it’s just you, your briefcase, and dozens of blinking computer lights.

You may not think anything of them, but each one of those tiny lights represents part of your corporate budget, vanishing into thin air with every still-warm battery. More than that, those lights are flashing warning signs: your employees are scared of each other.

Vampire energy — the minute, but constant energy drain that occurs when electrical devices are turned off but still plugged in, is not a new concept. We’ve known about it for years, and the numbers are staggering.

The average American house contains forty products that draw 24-hour standby power. Together, these account for nearly 10% of a residential energy bill.

Nationwide, Energy Star estimates that vampire energy drains $11 billion annually. That was in 2000. As of 2015, those numbers had climbed to 64 energy-zapping electronics, accounting for 23% of home energy, and $19 billion across the country.

The solution can be as simple as changing device settings or plugging into a surge protector with an off switch. Yet, millions of dollars are still needlessly disappearing, especially in the workplace.

That sounds dramatic (about as dramatic as vampire energy), but it’s true.

If you’ve ever studied Maslow’s hierarchy of needs, you know that somewhere between having a roof over our heads and the self-actualization of achieving our greatest potential, we desire the psychological safety of belonging, and we’ll go a long way to get it — even turning on each other.

A study conducted by organizational behavior researchers from USC and Stanford is the perfect example. After four experiments designed to study the transference of blame within an organization, Nathanel Fast and Larissa Tiedens concluded: “blame is socially contagious.”

They explained that simply observing “an individual make a blame attribution increased the likelihood that people would make subsequent blame attributions for their own, unrelated, failures.” The reason for the spread was “transmission of goals.”

Ultimately, everyone in the organization, regardless of position, had a similar need—social acceptance and security, what the researchers referred to as “a self-image protection goal.”

Blame of any kind, even unrelated to the subject, placed the self-image of all individuals in potential jeopardy. Rather than waiting to get hit, they lashed out on the offensive.

But, Fast and Tiedens found, the solution was not unlike the disease. Given a chance to first practice self-affirmation, the need to protect self-image was alleviated and the blame contagion disappeared. “Self-affirmation,” the researchers concluded, “moderates the blame contagion effect, apparently because it removes the need to protect the self via blaming.”

So what does this have to do with those blinking computer lights and billions of dollars? One word: culture.

We don’t plug our computer monitors into power strips or remind each other to double-check our standby settings because such actions aren’t socially normative. They put us in an “outsider” position that might cause our social-standing to take a hit. Even environmentally conscious employees will only step so far outside the norm. After all, our self-image and security is at stake.

At least, it used to be. At Genentech, a biotechnology company that ranked 8th on Fortune’s 100 Best Companies to Work For in 2017, meaningful sustainability actions are being separated from social stigma.

A small sub-team within Genentech’s Energy Committee is dubbed “The Army of Darkness.” This grim-sounding group is tasked with saving energy by turning off lights, monitors, and other appliances when people have forgotten—decreasing or eliminating the drain of vampire energy.

When Genentech moved, The Army of Darkness was responsible for ensuring that motion detectors and smart lighting systems were integrated into the new buildings. The “army” is organized online and consists of volunteers from all of Genentech’s offices.

Being named as members of a team (which even boasts a branded logo: a cell phone with bat wings and vampire fangs) transforms those who are following through on sustainable initiatives from outsiders to insiders. The need for self-image protection is met pre-emptively, and at the same time, behavior that is profitable for the company in the long term is actively encouraged. Employees are affirmed and recognized for their meaningful work, and Genentech saves money and reduces its footprint.

To quote Red Hat CEO Jim Whitehurst, “Culture is learned behavior — it’s not a by-product of operations. It’s not an overlay. We create our organizational culture by the actions we take; not the other way around.”

You can profitably change employee behavior and your company culture when you meet internal needs with external esteem.

As Genentech demonstrates, an empowered Sustainability Team is the perfect starting point, and you may just start a contagion.